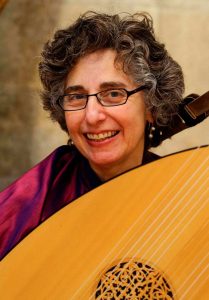 In honor of the 200th anniversary of the birth of Susan B. Anthony, and the 100th anniversary of the passage of the 19th Amendment, NYS Baroque presents “Nevertheless, She Persisted,” two performances of Baroque music by women.  Deborah Fox, lutenist and Artistic Director of NYS Baroque, spoke to mid-day host Diane Jones about the concert, and how we are discovering new works from these women throughout history.