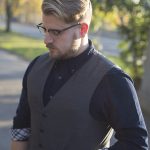 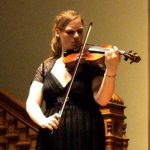 Every year, the Cazenovia Counterpoint Festival of Music and Arts presents two “Rising Stars” afternoon concerts, showcasing up and coming musicians from Central New York.  This year, three former Rising Stars returned to Cazenovia for an evening concert.  Two of those alumni, tenor Dominick Corbacio and violinist Shelby Dems, stopped by the Classic FM studios to talk about their music and the excitement of revisiting some of their original Rising Stars music, now with a more secure and mature perspective.

(Diane notes: “I must apologize!  I was having so much fun catching up with Dominick and Shelby that I started the recording a bit late.  We join the interview in progress as Dominick explains how he was originally chosen as a Rising Star in 2007.”)