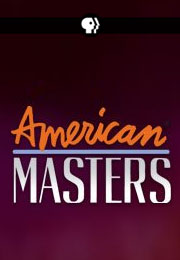 American Masters is an award-winning biography series that celebrates arts and culture around the world. The series sets the standard for documentary film profiles, accruing widespread critical acclaim with 50 Emmy nominations and 23 awards. It brings a unique perspective to exploring the lives writers, musicians, visual and performing artists, dramatists and filmmakers.

American Masters reaches between 2 and 5 million viewers per program.

“When it comes to biography, no one’s doing it better than American Masters.”   -The Wall Street Journal