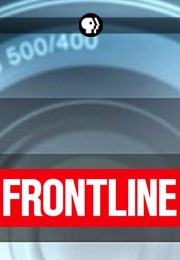 Putin and the Presidents

Since 1983, Frontline has served as American public television’s flagship public affairs series. Hailed upon its debut on PBS as “the last best hope for broadcast documentaries,” Frontline’s stature over 30 seasons is reaffirmed each week through incisive documentaries covering the scope and complexity of the human experience.

Frontline is committed to providing a primetime venue for engaging reports that fully explore and illuminate the critical issues of our times.

Over the years, Frontline has built a reputation for powerful reporting that tackles the tough, controversial, and complex stories that shape our times from Martin Smith’s on-the-ground reporting in Obama’s War to Michael Kirk’s investigation into the hidden history of the financial crisis; from Ofra Bikel’s examination of America’s racial divide over the O.J. Simpson verdict, to special reports like The Age of AIDS  or Bush’s War, and provocative journeys like Hedrick Smith’s search for the answer to the question, Is Wal-Mart Good For America?