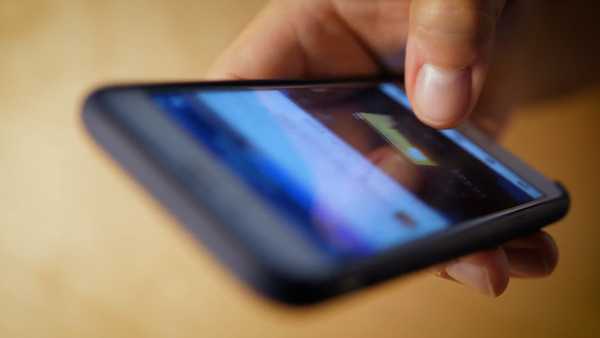 The kids are all right (to go deer hunting)

Charlie King, a longtime ally of Gov. Andrew Cuomo, worked behind the scenes to distribute a statement on Tuesday from more than two dozen clergy members of color pushing back against calls for New York’s chief executive to resign before the state attorney general’s probe into his conduct is completed, according to multiple signatories on the statement.

When the press release landed in the inboxes of reporters at the Capitol, it was not immediately clear who distributed the release, as it didn’t include any contact person or a phone number and it came from a generic Gmail account. Calling into question the legitimacy of the statement was the misspelling of the first name of state Attorney General Letitia James.

The email account did not respond to questions submitted on Tuesday.

But on Wednesday, Rev. Kinzer M. Pointer of Agape Fellowship Baptist Church in Buffalo explained to The Capitol Pressroom, which reached out to more than 20 clergy members on the press release, that the statement was born out of conversations a group of pastors were having for about a week. He said they knew Charlie King, who is a partner of Mercury Public Affairs and senior advisor to the governor’s re-election campaign, and Paul Persaud, a vice president at the company, so they turned to them for help distributing the message.

Pointer stressed that no one told him to issue a statement or encouraged him to do it. He explained that this was their line of work, which is why they recruited them for the effort.

“We’ve seen so much sensationalizing around this that we thought it was important to weigh in and remind (everyone) that lacking a full-scale investigation, these are allegations, they’re not … facts,” he said of the multiple claims of misconduct against the governor.

“We’re not taking a side. We’re just suggesting that in the interest of justice, all of us should be patient for the investigation to be concluded,” Pointer added.

But not all of the clergy members were proactively volunteering for the statement, as Tucker Missionary Baptist Church head pastor Decarto Draper Jr. said he received a call from someone about adding his name.

When asked whether Persaud or King called him, Draper said, “That sounds right … I think, King.”

Draper said he lent his name to the statement because he has faith in the attorney general to investigate the multiple allegations made against the governor. “I think that’s why we put her in office,” he said.

A representative for W. Franklyn Richardson, senior pastor at Grace Baptist Church in Mount Vernon, confirmed that the religious leader had authorized his name for the press release. The representative said the pastor had no additional comment about how how he ended up on the release.

H. Bernard Alex, bishop and senior pastor at Victory Temple Fellowship Missionary Baptist Church, said he was looped in on the issue by some of the other clergy members who signed on to the statement, although he didn’t feel comfortable publicly identifying them. He said they shared the press release from a group of Assembly Democratic women, which argued that the investigation into the governor’s conduct should conclude before judging his fate, and Alex felt comfortable issuing a statement in support of that message.

Mount Horeb Baptist Church Pasto Gilbert Pickett, Sr, who signed on to the release, had a speaking role in the governor’s press conference on Monday, which announced the opening of new vaccination sites. He did not immediately respond to an email on Wednesday.

The full statement distributed on Tuesday is below:

“As clergy in the African American and Latino communities, we stand with those Assemblywomen who believe that Attorney General Leticia James, the first African American and woman ever elected to be the people’s lawyer, be empowered to conduct a thorough probe of the governor.

We agree with their position that the Attorney General should not be undermined as the chief law enforcement officer in the State of New York by preventing the investigation or, as we would put it, rendering such an investigation moot.”