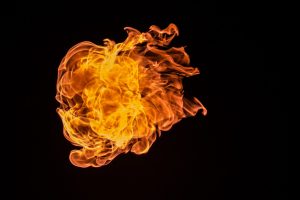 “O! for a muse of fire, that would ascend the brightest heaven of invention.” – Shakespeare

Fire is inspirational, and this episode looks at several different ways in which that inspiration is expressed.  We’ll listen to music ranging from the Medieval to the present, from the “Fire of Creation” in the visions of Hildegard of Bingen, to a “Fire and Blood” performance from Ida Kavafian.

Hildegard of Bingen: Vision 1: The Fire of Creation
Anonymous 4
“The Origin of Fire”
Harmonia Mundi 807327