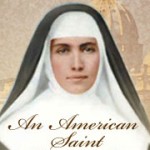 In the fall of 2012, WCNY presented a one-hour documentary about Saint Marianne Cope, a German immigrant raised in Utica whose life journey led her from Central New York to Hawaii and ultimately to sainthood. The show, developed with CNYCentral, debuted Nov. 21 at 8 p.m. on WCNY channel 24.1.

Co-hosting the documentary are WCNY’s Liz Ayers and CNYCentral anchor and managing editor Matt Mulcahy, who spoke with people across Central New York and traveled to Rome, Italy, for Saint. Marianne Cope’s canonization Oct. 21 at St. Peter’s Basilica. Together with WCNY videographer David Fulkerson and CNYCentral videographer Andy Wolf, they captured the sights and sounds of this historic event and this woman’s incredible life.

The result is a compelling story that follows Saint Marianne Cope’s story from her humble beginnings in Central New York in the 19thCentury to her extraordinary years of service as a Franciscan nun in Hawaii. An American Saint: Marianne Cope features Kate Mahoney and Sharon Smith, the women whose miraculous medical recoveries helped seal Saint Marianne Cope’s qualifications for canonization. It also features historians and modern-day keepers of Sr. Marianne Cope’s legacy.

Throughout the documentary, viewers see footage of key events and landmarks that ultimately led to Marianne Cope’s sainthood, including a stop at the museum at the Sisters of Saint Francis of the Neumann Communities on Court Street in Syracuse. For more than four generations after her death in 1918, the sisters there sought Marianne’s beatification and the museum pays tribute to her journey to sainthood. Pope Benedict XVI affirmed Marianne for sainthood in 2011.

WCNY presented An American Saint: Marianne Cope, which was first presented as A Saint for Central New York, Dec. 4 at 7 p.m.at the Quick Arts Center for the Arts at St. Bonaventure University. 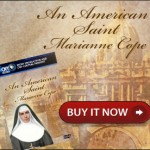 Order your copies of this award-winning program today. This one-hour documentary tells the story of St. Marianne Cope, a German immigrant raised in Utica. It follows her from her humble beginnings in Central New York to Hawaii during her extraordinary years of service as a Franciscan nun and ultimately to sainthood in Rome, Italy.