The Capitol Pressroom streams live weekdays at 11 a.m. The streaming player is available beginning at 10:35 a.m. For air times on your local station, please check the “Air times” tab on this page.

The Capitol Pressroom is a daily one-hour radio program broadcast from the Legislative Correspondents Association Pressroom on the third floor of the State Capitol in Albany. The show features  interviews with important newsmakers.

It also features analysis from seasoned political reporters who work the Albany beat for newspapers and wire services around the state including The New York Times, Newsday, the Albany Times, Union, Gannett News Service and the Associated Press. 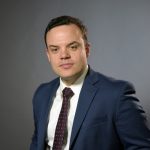 David Lombardo
Host
Lombardo brings 10 years of experience in journalism, state politics, and digital media to the position. He previously served as Capitol reporter for the Albany Times Union, where he was also host of the Capitol Confidential podcast. Lombardo’s work in podcasting and data visualization has been recognized by the New York Associated Press Association. He was named to Albany 40 Under 40 Rising Stars by City & State New York.

Lombardo earned a Bachelor of Arts degree in Political Science from the State University of New York at Geneseo. 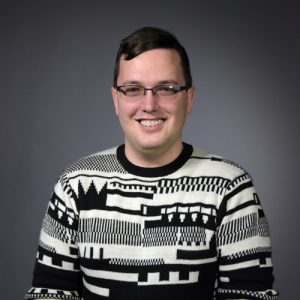 Timothy Williams
Senior Political Producer
Timothy Williams, who has produced “The Capitol Pressroom” since 2017, was promoted to senior political producer at WCNY. He was named to Albany 40 Under 40 Rising Stars by City & State New York.
He earned a Bachelor of Arts degree in Political Science and Sociology from the Massachusetts College of Liberal Arts.

The show also airs in the cities below: 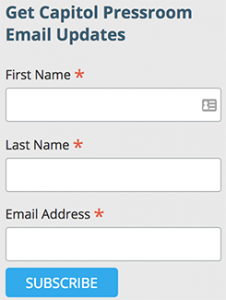 Support for Capitol Pressroom Comes From