Ivory Tower is a weekly round-table discussion that focuses on news and events from the perspective of academicians from across Central New York. The show is hosted by David Chanantry, Professor of Journalism, Utica College and Director of the New York Reporting Project.

Anirban Acharya is a Professor of Practice in the Department of Political Science, Le Moyne College. He has a PhD in Political Science from Syracuse University, and M.Phil in Economics from the Indira Gandhi Institute of Development Research, India. Anirban is interested in Political Economy, International Relations, Comparative Politics, South Asia, and US Foreign Policy.

Barbara Croll Fought teaches radio and TV writing, reporting and production at the S.I. Newhouse School of Public Communications at Syracuse University. She also teaches communication law and co-designed and manages the School’s online media law course for graduate students. In 2013, Syracuse University selected her as a Laura and L. Douglas Meredith Professor of Teaching Excellence. Professor Fought earned a J.D. , cum laude, from the University of Detroit Mercy and a B.S.J., summa cum laude, from Ohio University. From 2006-10, Fought served as the founding director of the Tully Center for Free Speech, Newhouse’s educational and research center focusing on free speech and media law. For 24 years she has managed an online forum for discussion of freedom of information issues, FOI-L. Fought’s research interests are on the effective use of the Internet by reporters. She is the substitute host for Central New York’s most popular public affairs show, “Ivory Tower,” airing Fridays at 8 p.m. on WCNY-TV. Fought co-authored a reporting textbook, “News in a New Century,” and a contributor to “Click on Democracy,” a book about the Internet and elections written by several Newhouse professors. . Fought formerly worked as a special projects producer at WDIV-TV, Detroit, specializing in investigative reporting and politics. There she earned 18 national, state and local awards, including nine Emmys. Fought previously worked as a public relations practitioner, newspaper reporter and lecturer at Eastern Michigan University. She lives Jamesville, N.Y. , with her husband, Nelson Price, a retired cable television executive.

Ben Baughman, Ph.D., is the Director and an Assistant Professor of the Criminal Justice & Homeland Security program at Cazenovia College. After 15 years (1998-2013) with the Raleigh Police Department (RPD), Ben moved back to the United Kingdom (UK) to complete his Ph.D. in Investigative Psychology under the formidable supervision of Professor David V. Canter. Throughout Ben’s career in law enforcement, he served in a multitude of capacities such as an Officer, Hostage Negotiator, Detective, and Sergeant. In 2013, Ben joined the North Carolina Justice Academy (NCJA) to utilize his experience, academic focus, and research skills to write and deliver training (mandatory and in-service) to police officers. He has subsequently instructed officers in a multitude of areas such as investigating sexual deviant behavior, hostage negotiations, improving decision-making skills, de-escalation techniques, and leadership courses. Prior to joining Cazenovia College, he taught in the Tom Ridge Intelligence Studies program at Mercyhurst University (2017-2020) and led Mercyhurst’s Amazon Team NEXT [New & Experimental Thinking].

Chad Sparber is W. Bradford Wiley Chair in International Economics at Colgate University in Hamilton, New York. He is also an external research fellow at the Centre for Research and Analysis of Migration at University College London and The Institute for the Study of Labor in Germany. He received his PhD in economics from the University of California – Davis in 2006 and his BA in economics from Western Washington University in 2000. Chad’s research examines the economic causes and consequences of immigration with a focus on the connection between immigration and skills in the American economy. He received a National Science Foundation grant in 2015 to support his research on the H-1B program. His research has been published in The Review of Economics and Statistics, The American Economic Journal: Applied Economics, The Journal of Labor Economics, European Economic Review, The Journal of Urban Economics, and The Journal of Development Economics. His work has also been discussed in the Economic Report to the President and cited by the Council of Economic Advisors, The New York Times, The Wall Street Journal, and NPR. Chad joined Colgate in 2006, where he teaches courses on the Economics of Immigration, International Economics, The Economics of Race and Ethnicity, and Urban Economics. He served as the chair of the economics department at Colgate from 2014/15 – 2016/17, and he led Colgate’s London Economics Study Group in Spring 2009, Spring 2013, and Fall 2017. He also directs a forum on economic freedom for Colgate’s Center for Freedom and Western Civilization – an organization that seeks to promote intellectual diversity and discourse on campus by providing a platform for the representation of conservative voices.

Kristi Andersen is a Professor Emeritus of Political Science at Syracuse University, where she was a member of the Maxwell School Faculty from 1984 to 2016. She graduated from Smith College and received her Ph.D. from the University of Chicago. During her career at S.U. she served the Political Science department at various times as Department Chair, Graduate Director, and Undergraduate Director. From 2009-2016 she was the Chapple Family Professor of Citizenship and Democracy. Prof. Andersen is a recipient of Syracuse University’s highest teaching award, the Laura J. and R. Douglas Meredith Professorship of Teaching Excellence, as well as several other teaching awards. Her most recent book is New Immigrant Communities: Finding a Place in Local Politics. An earlier book, After Suffrage: Women in Partisan and Electoral Politics Before the New Deal, won the American Political Science Association’s Victoria Schuck Award for the best book on women and politics. She also published The Creation of a Democratic Majority, 1928-1936, which has been influential in shaping political scientists’ thinking about electoral realignments. Andersen’s research has produced articles on such topics as the gender gap; voting for male and female candidates; the effects of entering the work force on women’s political participation; the prospects for electing more women to Congress; and the political incorporation of immigrants. Kristi Andersen has served on the Cazenovia Town Board since 2005.

Luke Perry, Ph.D., is Chair and Professor of Government at Utica College and Director of the Utica College Center of Public Affairs and Election Research. His specialty is American politics, particularly elections, the presidency, and religion and politics. Perry regularly contributes to WKTV, WIBX, WRVO, and the Observer Dispatch, and has written for The Hill, U.S. News and World Report, The Monkey Cage and Arc Digital.

Nina Moore is a Professor and Chair of the Political Science Department at Colgate University in Hamilton, New York. Prior to joining Colgate University, she taught at DePaul University, the University of Minnesota and Loyal University of Chicago. She received her B.A. from Knox College, magna cum laude, and her M.A. and PhD. from the University of Chicago. Dr. Moore is the author of Governing Race: Policy, Process and the Politics of Race, The Political Roots of Racial Tracking in American Criminal Justice, and Toeing the Line: The Supreme Court and Race(forthcoming). Her research focuses on race, public policy, and institutional process. Dr. Moore serves on the editorial board of theRalph Bunche Journal of Public Affairs and is a past chair of the Constitutional Law and Jurisprudence section of the American Political Science Association. Governor David Patterson appointed her to a four-year term on the New York State Commission on Judicial Conduct, and the New York State Senate appointed her to the Advisory Commission on Underage Alcohol Consumption and Substance Abuse. The Princeton Reviewrecently named Moore as one of the best 300 professors in the U.S. In addition to the PBS Ivory Towerseries, Professor Moore is a regular contributor also to the cable news show Capital Tonight.

Philip Klinkner is an expert on American politics, including parties and elections, race relations, Congress and the presidency. He is the James S. Sherman Professor of Government at Hamilton College and former director of the Arthur Levitt Public Affairs Center. Klinkner has written extensively on a variety of topics related to American politics. His books include The Losing Parties: Out-Party National Committees, 1956-1993 and Midterm: The 1994 Elections in Perspective. His book The Unsteady March: The Rise and Decline of Racial Equality in America (with Rogers Smith) received the 2000 Horace Mann Bond Book Award from Harvard University’s Afro-American Studies Department and W.E.B DuBois Institute. He received his doctorate from Yale University.

ROBERT J. SPITZER (Ph.D. Cornell, 1980) is Distinguished Service Professor and Chair of the Political Science Department at the State University of New York, College at Cortland. He is the author of 15 books, including The Presidency and Public Policy, The Right to Life Movement and Third Party Politics, The Presidential Veto, The Bicentennial of the U.S. Constitution, President and Congress, Media and Public Policy, Politics and Constitutionalism, The Right to Bear Arms, The Presidency and the Constitution, Saving the Constitution from Lawyers, Gun Control, The Encyclopedia of Gun Control and Gun Rights, We the People: Essentials Edition, The Politics of Gun Control (7th ed.), and Guns across America. Spitzer is the author of over 600 articles, papers, and op-eds appearing in many books, journals, newspapers, and web sites on a variety of American politics subjects. He served as a member of the New York State Commission on the Bicentennial of the U.S. Constitution, and has testified before Congress on several occasions. He is often quoted and interviewed by American and international news outlets, including The Today Show, Good Morning America, ABC Nightly News, PBS’s News Hour, MSNBC’s All In With Chris Hayes, CNN, NPR’s Fresh Air with Terry Gross, The Diane Rehm Show, the documentary “Under the Gun,” the New York Times, the Los Angeles Times, the Washington Post, Wall Street Journal, USA Today, Time Magazine, Newsweek, Slate, the Atlantic Monthly, Politico, and in media outlets in over a dozen countries.

Tara Ross is a Professor of History at Onondaga Community College (OCC) in Syracuse, New York. She holds a Juris Doctor degree from Valparaiso University School of Law, a Master of Arts in History from Indiana State University, and a Master of Philosophy from Syracuse University. She teaches United States History and specializes in African-American History. She, also, coordinates the African-American Studies program. Before joining the faculty of OCC in 1994, she developed and taught the first African American History course at Radford University in Radford, VA. She was the first leave replacement in the history of Indiana State University’s History Department. Prior to pursuing a career in academia, Professor Ross worked for the Joint Committee on Agency Rule Review of the Ohio General Assembly. She has worked as a legislative aide in Indiana and Ohio and as a National Park Service Ranger. She is one of the original panelists on WCNY’s Ivory Tower Half Hour. She is an active community member and has sat on the Boards of numerous community organizations. She is a recipient of a number of awards including the OCC Trustees Award, the YWCA’s Diversity Achievers Award and the Syracuse University Woman of Distinction Award.

“All the Light We Cannot See” by Anthony Doerr [Kristi Andersen]

“Curtains? The Future of the Arts in America” by Michael Kaiser [David Rubin]

Holly Rine – “The Road to Little Dribbling” by Bill Bryson

Barbara Fought – “The Home That Was Our Country” by Alia Malek 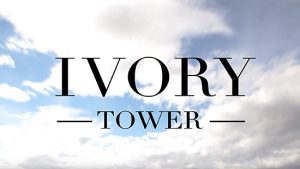