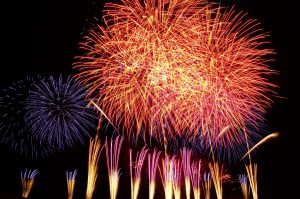 “I want to say to all the young women out there, as I say to all young people: believe in yourselves, follow your passion and never give up, because you will create a future filled with possibilities.”  – Marin Alsop

It’s hard to believe that Feminine Fusion is marking it’s first full year on the air!  From the Medieval sacred music of Hildegard of Bingen, to the latest experimental music being created today; from women around the world, of all races and cultures; from solo works to orchestras and choruses, we have covered a lot of ground these last 12 months.

On this episode, we’ll revisit a few of the works we’ve heard, from some of the inspiring women we’ve met along the way.

Thanks for an incredible year, and I look forward to many more!