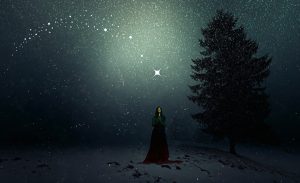 An hour of music written for the Christmas season…