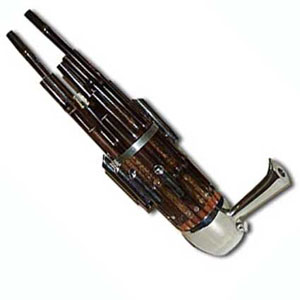 The sheng, a Chinese mouth-blown “organ” of sorts, originated over 3,000 years ago.

“Music produces a kind of pleasure which human nature cannot do without.”  – Confucius, Book of Rites

On this episode, we look East, to the women of Asia who are making news in the classical music world.  You’ll hear about Zheng Xiaoying, China’s first female conductor, Tran Kim Ngoc, a Vietnamese composer and performer, South Korean composer Unsuk Chin, and a name you probably already know – violinist Midori.  You’ll hear music that is familiar, as well as a blend of music from East and West.  Be sure to tune in to this week’s edition of Feminine Fusion!

If you’d like to listen to some of Tran Kim Ngoc‘s music, there are streaming audio and video samples available on her website: kimngoc.weebly.com