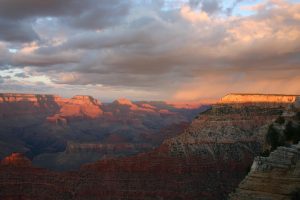 “I found that I could say things with color and shapes that I couldn’t say in any other way – things that I had no words for.”  – Georgia O’Keeffe

Music and art reflect the world in ways that are impossible to describe with words.  On this episode, we hear music inspired by the American west, including several works inspired by the paintings of Georgia O’Keeffe.