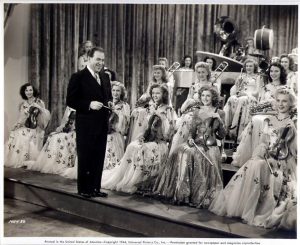 “Swing Shift Maisies,” the musical version of Rosie the Riveter, had their heyday during World War II.  The return of the soldiers after the war saw the demise of the all-woman orchestra.  But we have seen new all-female orchestras arise again in the last several years, albeit for different reasons.  We’ll hear from a few of them on this episode.