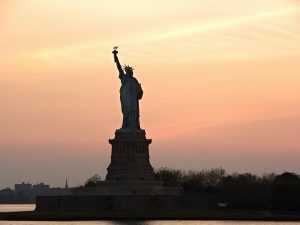 “I’ve known where my heritage is from all along.”  – Susana Martinez

This week, works celebrating our American heritage written, performed, and inspired by women.  Featuring conductors JoAnn Falletta and Marin Alsop, Joan Tower’s Fanfare for the Uncommon Woman, and the story behind the poem at the base of the Statue of Liberty.