Nick Stellino: Storyteller in the Kitchen 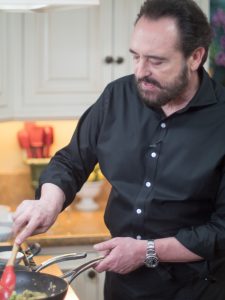 For the first time, Nick invites his viewers into his home to experience those recipes that are nearest to his heart. He travels down memory lane to revisit dishes inspired by his childhood and family in Sicily. Through step-by-step instructions and easy to follow techniques, Italian classics come to life in a way that allows viewers to prepare new chapters in their own culinary experience.

Each episode revolves around a theme, and the theme is explored in candid moments and lively preparations captured in his Los Angeles home. Nick highlights an ingredient (the artichoke!) and sometimes a cooking utensil (the spoon!) and then expertly weaves how each connects to his experience in Sicilian culture, the appeal of Italian cuisine and his perspective as a seasoned chef with a passion for the details that make a great meal.

Viewers have come to know and love Chef Stellino as a trusted voice in the world of Italian cuisine. What’s new in this series is the personal connection Nick makes to his recipes and how he shares his most intimate experiences with them. Viewers feel like they’re taking it all in from the high back armchair in Nick’s living room.

Nick Stellino’s humor, experience and passion for everything Italian comes across in a modern spin on the classic cooking show viewers have come to love.

“To know that one of my recipes accompanied a special moment in someone else’s life is the greatest gift of it all.” 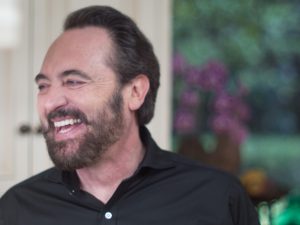 TO AMERICA
By the late 1980s, Nick had built a successful career as a stockbroker. His career was lucrative, but he had come from a world where food, love and family were deeply intertwined and he decided to pursue a culinary career.

FROM THE GROUND UP
Nick was told he couldn’t work as a chef. Not to be denied a job in the industry, he initially took a job as a dishwasher and later went on to apprentice with some of the best chefs in America. While working in the restaurant business, he realized that he wanted to share his enthusiasm for cooking with others and that a televised cooking 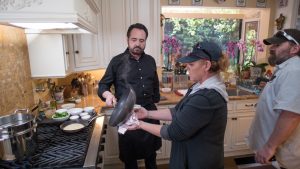 show would be the best way to share his passion.

A TV SERIES COME TRUE
Fueled by the same energy, passion and entrepreneurial vision that had taken him
from Palermo to Wall Street, Nick began calling television production companies, fully committed to making his dream of a new TV series come true.

SUCCESS ON PBS
Nick Stellino has multiple television series along with 10 published cookbooks. His shows air on public television stations across the United States and are syndicated
Throughout Latin America.

EPISODE 101: TO SPOON OR NOT TO SPOON

Chef Stellino explores the uses, techniques and controversies behind one of the food world’s most ubiquitous tools – the spoon!

Chef Stellino links the myths and complexities of Italian food culture, and an Italian’s passion for defending it to the American culture and California-inspired cooking techniques he lives in today.

Chef Stellino digs into his family’s history of farming in Italy and the connection to growing vegetables through self-reliant instincts passed down through the generations. He introduces techniques used to create a spicy Mirepoix, a sweet and sour braised cauliflower and a romantic veggie pasta dish even kids will love.

Chef Stellino paints the picture of a life expressing himself through his love for the culinary arts. He constantly seeks to create those dishes that are as beautiful as they are delicious and shares with the viewers the sacrifices inherent in always seeking the path to the perfect meal.

Chef Stellino dives into one of Italy’s most beloved exports – creamy, flavorful and always tantalizing – the one perfect ingredient in any dish: cheese.

Chef Stellino explores his Sicilian childhood and recipes that translate to the modern day dinner table withstanding the test of time.

Chef Stellino attempts to answer the question – which one is more delicious – incredible, salty bacon or aged, spiced pancetta? The answer still eludes him as he explores each versatile ingredient’s unique flavor and texture contribution to a variety of recipes.

Chef Stellino recalls the charming quirks of his family and how they have influenced his own outlook on food. His mother smelled the fruit, his uncle thought Brooklyn was named after broccoli and how a one-pot dish and luxurious pudding brings everyone together.

Chef Stellino explores the complexities and intricacies of Italy’s most treasured fruit…the tomato as he offers the blueberry as the fruit of choice for dessert.

Chef Stellino takes us into the world of one-dish wonders inspired by those flavor and texture combinations that serve the old world and the new.

Chef Stellino recalls the joys of pastoral Italy and delivers rustic recipes as the perfect end to a day of outdoor adventures.

EPISODE 112: THE HEART OF THE ARTICHOKE

Chef Stellino has fun exploring the history, traditions and uses for one of the most unique ingredients central to Italian and Mediterranean cooking; the artichoke.

Chef Stellino honors his father by creating irresistible, updated versions of the classic recipes that he loved – while transporting us all back in time.

HowTo
Marathon, Tuesdays at noon and 8 p.m. and Wednesdays at 4 a.m. starting February 21 (will run year-round) 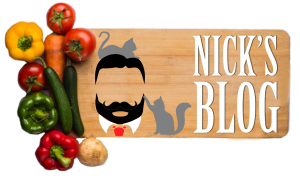 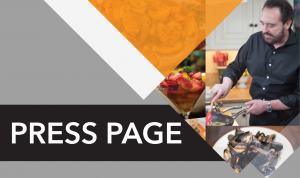