The Bluegrass Ramble is devoted to three hours of the best of bluegrass and old-time acoustic country music, both from national and regional bands and balladeers. The first Bluegrass band was formed in 1945 by country music pioneer Bill Monroe when he hired a young banjo picker from North Carolina named Earl Scruggs.

Knowlton, who lives in Liverpool, is known as “Mr. Bluegrass of Central New York.” He hosted the first all-bluegrass radio show in New York City in 1960. Knowlton arrived in Syracuse as a U.S. Air Force public affairs officer. In 1997, he was named “Broadcast Personality of the Year” by the International Bluegrass Music Association. He emcees at least 13 Bluegrass festivals every year and writes liner notes for bluegrass and old-time country music artists. 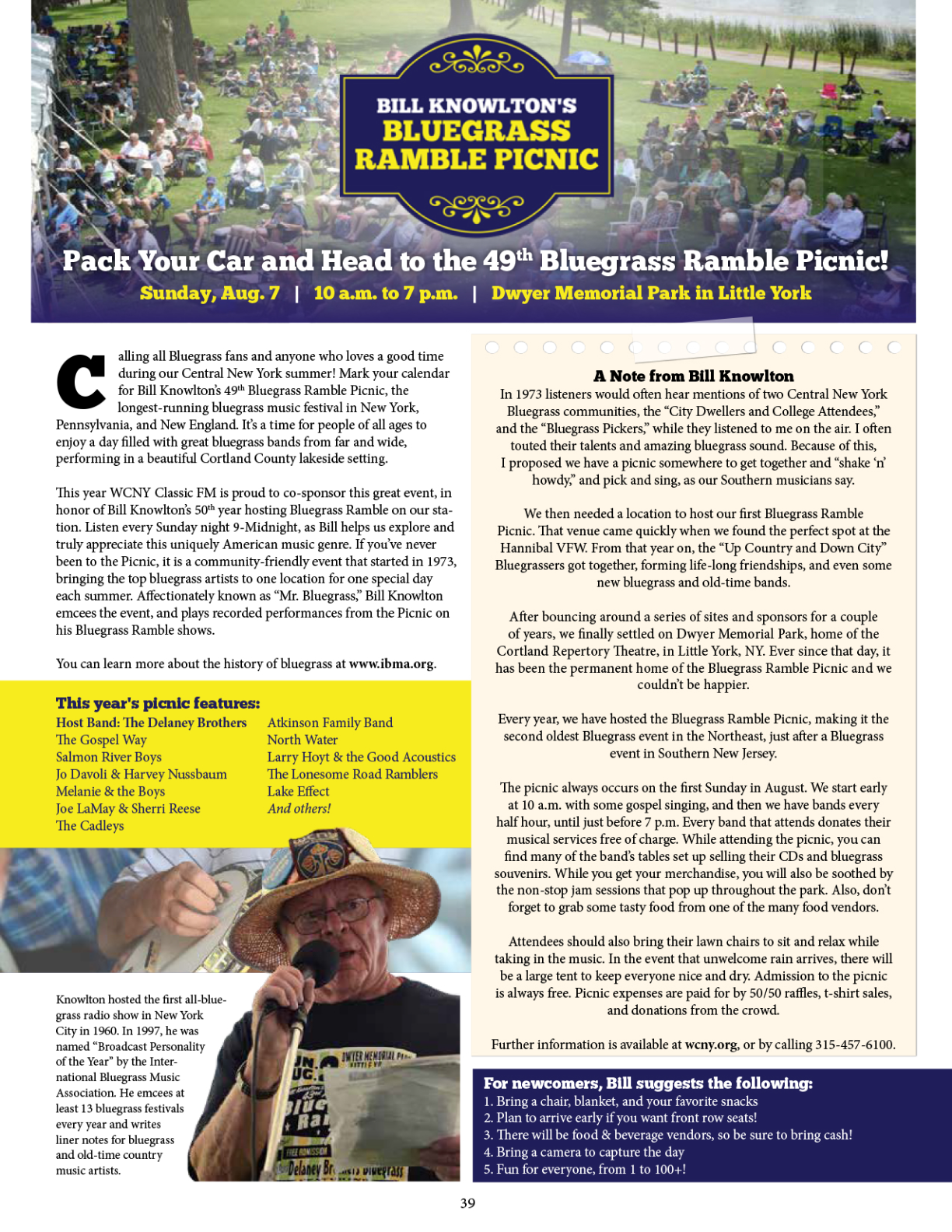