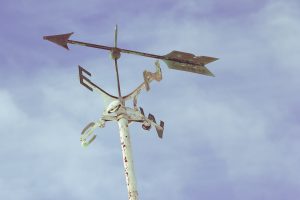 “I am not the same, having seen the moon shine on the other side of the world.” – Mary Anne Radmacher

Let’s step out and start a trip around the world.  Over the next several weeks, we’ll reach to all points on the compass, starting with today’s program of music composed by women with roots in Asia.

Around the World: East