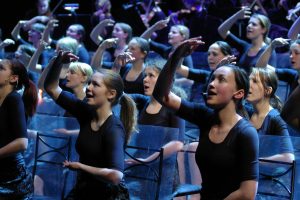 “Those who wish to sing always find a song.” – Swedish proverb