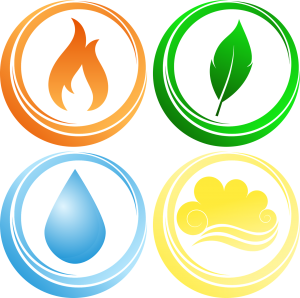 “Music can connect people in ways beyond notes on a page.”  – Christina Rusnak

The four elements – earth, air, fire, and water – were viewed by the ancient Greeks as the foundation upon which all of nature and indeed, the world, could be explained.  The music on this episode may not explain the world, but they were inspired by these four elemental building blocks.