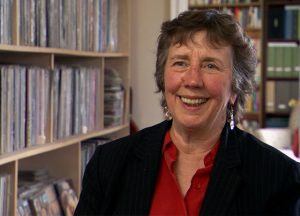 “Composing is not an easy activity.  But as life goes on, the rewards come in.”  – Joan Tower

At 80 years old, Joan Tower is still an active teacher and composer.  This week we take a listen to some of her music, and some of her thoughts on composing and women in music.