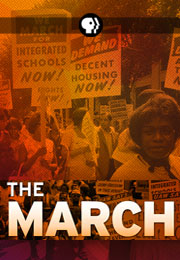 WCNY offers “then-and-now” reflections on the 1963 March on Washington from Central New York men and women who were there. Activists and community leaders from the Civil Rights era shared their memories of the March through audio interviews that took place a generation after the event. Their thoughts are combined with their modern-day observations offered during interviews in this, the 50th anniversary year of the landmark Civil Rights expression

Delores Morgan Brule recalls her family fearing for her safety at the March on Washington. “They were not very happy,” she recalled. Brule, a former advisor to the Syracuse Black Catholic Ministries, saw something in nation’s capital that day she had never before seen. “I had been used to seeing blacks and whites together before, but never in those numbers.” Brule was forever changed by Dr. Martin Luther King’s speech. “Truly, this man was sent to lead us to something bigger than we knew.”

Minna Buck thinks she sounds like a broken record. But since her participation in the civil rights movement of the 1960s through her service as a Syracuse Family Court Judge, Buck is certain breaking the cycle of poverty will remain the next step in expanding civil rights in America. Buck said Americans are more conscious of civil rights today, but that greater rights will arrive an inch at a time.

As a relocation coordinator for Syracuse Urban Renewal, Mary Ann Gibson has personally worked to improve living conditions. She attended the March on Washington in 1963 and recalls the march’s peaceful spirit. She reflects on Martin Luther King’s speech being so powerful, and yet, so brief that she questions whether she truly appreciated its magnitude, as she does today.

Dale Tussing remembers one moment of fear when he arrived at the March on Washington in 1963. As he and the group from Syracuse he accompanied looked down one of the capital’s main streets, they saw a throng of people marching in military-like columns. “Somebody said, ‘Is that The Klan? As they approached, we realized it was another group of marchers later than us.” Tussing, emeritus professor of economics at Syracuse University, remembers a fantastic atmosphere.

As a journalist, Walt Shepperd had known the violent side of the civil rights movement from his experience in Mississippi. Shepperd recalls the beauty of the March on Washington and how “real poverty stricken poor whites and the people of color who had been at serious conflict had a real bi-racial approach to the problems.”

A Living History: WCNY and the Civil Rights Movement in Syracuse 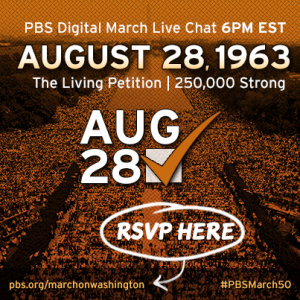 Thirty years ago, the newly established Human Rights Commission recorded the living histories of approximately 70 people. They were asked about their personal Human Rights experiences between the years 1963 and 1983. These people include those involved in the civil rights movement in Onondaga County, who participated in demonstrations and equal rights meetings. These people made individual accomplishments both locally and nationally. They were recorded on cassette tapes which have been saved and now reside in the Onondaga County Public Library for all to hear. We have partnered with the Onondaga County Public Library for this initiative. The tapes are called, Interview Collection of Human Rights in Syracuse: A Selected History from 1963-1983.

Discrimination was explosive in Selma and the South, but the far northern city of Syracuse experienced its share of challenges as well.  Specific to our region in the 1960’s was Urban Renewal. City planners wanted high-rises and a cultural center in downtown Syracuse; the target area for demolition was the 15th ward. The predominantly black and ethnic neighborhood had developed strong roots; the 15th ward was home to nearly 500 families. However, 75 percent of the local population was re-located.  With the community fractured, the struggle to find new housing and jobs became even more difficult. Some of these individuals are recorded on the living history tapes.

In the 1960’s, Syracuse University’s Congress for Racial Equality consisted of professors, students and local residents. According to Dennis Connors of the Onondaga Historical Association, this group was one of the more aggressive in the area. They were willing to hold civil rights demonstrations, and they were willing to march. The CORE protests in 1963 resulted in nearly 100 student, faculty, and community leader arrests. Some of these individuals are recorded on the living history tapes.

The National Welfare Rights Organization was the brainchild of Syracuse University Professor George Wiley, a Congress of Racial Equality member who left academia in 1964. Wiley is recorded on the living history tapes.

WCNY believes the living tapes will bring new and refreshing insight  into the civil rights movement and the March on Washington.

The half hour Insight program will air Aug. 23 to coincide with the premiere of The March documentary Aug. 27, and will serve as a springboard for local community engagement.

Partnering with the Onondaga County Library, WCNY’s director of Education and Community Engagement will feature the program at area library branches. This will offer an opportunity for an open dialogue about the living recordings, and life in Syracuse, past and present.

WCNY producers have gone in search of Civil Rights voices from long ago, to listen to the past, talk about the present and anticipate the future.

Our Emmy Award-winning public affairs show, Insight, will provide the backdrop for our history detectives. We will feature several people who shared their insights in 1983 and ask them to comment on life in the city today. What challenges are we still facing in the 21st century, and how can we overcome them? Are their children better off today than they were 30 years ago? Looking back on the March on Washington, what is its historical significance today? How were they a part of the march, when they lived in Syracuse? Parts of this special program be recorded before a live studio audience.

Susan Arbetter, host of the Capitol Pressroom radio program, produced daily by WCNY’s Albany Bureau, will dedicate a show to the March on Washington and promote the PBS special. The Capitol Pressroom airs online, over the air in all nine New York state PBS markets, and in some cities on multiple radio stations.

In addition to the television and radio programming component, the audio recordings and interviews will appear in short pieces to be aired on WCNY’s five channels during August.