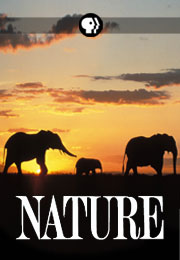 Secrets of Success | Dogs in the Wild

As the most watched documentary film series on public television, Nature delivers the best in original natural history films to audiences nationwide. Nature has brought the beauty and wonder of the natural world into American homes, becoming in the process the benchmark of natural history programs on American television. The series has won more than 600 honors from the television industry, the international wildlife film community, parent groups and environmental organizations including 10 Emmy Awards, three Peabody Awards and the first honor ever given to a program by the Sierra Club.