The U.S. and the Holocaust

“The U.S. and the Holocaust,” a film by Ken Burns, Lynn Novick & Sarah Botstein, is a three-part series that tells the story of how the American people grappled with one of the greatest humanitarian crises of the twentieth century, and how this struggle tested the ideals of our democracy. By examining events leading up to and during the Holocaust with fresh eyes, this film dispels the competing myths that Americans either were ignorant of what was happening to Jews in Europe, or that they merely looked on with callous indifference.

“The U.S. and the Holocaust” is directed by Ken Burns, Lynn Novick & Sarah Botstein, written by Geoffrey C. Ward, story by Kevin Baker and produced by Burns, Novick, Botstein and Mike Welt.

WCNY in partnership with the Safe Haven Holocaust Refugee Shelter Museum in Oswego, presented “The U.S. and the Holocaust” pre-screening and discussion event on, Thursday, Aug. 25 at 5 p.m., sponsored by the William G. Pomeroy Foundation, Jewish Federation of Central New York, and Jewish Community Center of Syracuse.

Join us as we examine the events leading up to and during the Holocaust with a new perspective in “The U.S. and the Holocaust,” a film by Ken Burns, Lynn Novick & Sarah Botstein. This three-part series dives deeper into the American experience during this time, showing the crisis through the eyes of citizens who were unsure of their place at the time. Watch clips from the new series before it premieres, and take part in a live Q&A panel discussion. Enjoy this great event in-person or from the comfort of your home. The event is free, but registration is required.

This event will be presented live in-person at WCNY-TV Studios and will also be available virtually on Zoom. If you choose the in-person option, please arrive between 4:30 – 5 p.m. Light refreshments and hors d’oeuvres will be available.

• Rebecca Erbelding – Author of Rescue Board: The Untold Story of America’s Efforts to Save the Jews of Europe (Doubleday, 2018), which won the National Jewish Book Award for excellence in writing based on archival research. She and her work are featured in the 2022 PBS documentary “The U.S. and the Holocaust,” directed by Ken Burns, Lynn Novick, and Sarah Botstein, a film for which she served as a historical advisor. She holds a PhD in American history from George Mason University and has been a historian, curator, and archivist at the U.S. Holocaust Memorial Museum since 2003. She served as the lead historian on the Museum’s special exhibition, Americans and the Holocaust.

• Michael Berenbaum – Distinguished Professor of Jewish Studies at American Jewish University and Director of the Sigi Ziering Institute. The author and editor of 23 books, his work in film has earned Emmy Awards and the films he has worked on have won numerous Academy Awards. He is best known for his work in museums, having served as Project Director overseeing the creation of the United States Holocaust Memorial Museum, he has developed museums and exhibitions on four continents and some 10 American cities.

• Doris Schechter – Fort Ontario Shelter Refugee and NYC Restauranteur – Doris arrived in Oswego at the age of 6 with the excitement of starting a new beginning in America after facing so many traumatic events and fears after the Nazis marched into Guardiagrele, Italy. Her beloved father died suddenly from spinal meningitis, while they were at Fort Ontario. When people ask her about her experience at Fort Ontario in Oswego NY, she says that she only remembers extreme sadness. Her realization changed a few years ago when she discovered 2 gifts that she got from Oswego. The first was her father’s memoir that chronicles her life from birth until they arrived in Oswego that was written for Reader’s Digest. The second gift was her extraordinary friendship with Ruth Gruber, who was their escort on board the U.S.S. Henry Gibbons, the boat that brought them from Naples, Italy to New York. Both gifts have been such a blessing and have enabled Doris to achieve so much. She is proud to say that she was one of the executive producer’s of the Ruth Gruber documentary, “Ahead Of Time,” which was shown all over the world with accolades!

• Paul Lear – Historic Site Manager of Fort Ontario in Oswego. Paul earned a Master of Science degree in Public Archeology from Rensselaer Polytechnic Institute and a Bachelor of Arts degree in Anthropology and History from SUNY Albany. As an archeologist with a life long love of history and historic sites, he came to Fort Ontario in 1986 working with educational programming and outreach until he left in 1992 to work at the Washington Headquarters State Historic Site in Newburgh, New York. Mr. Lear returned to Fort Ontario in 1999, where he has been its manager ever since, and has grown and developed the site and its programs for nearly 23 years. In addition, Mr. Lear has been closely involved with the Safe Haven Holocaust Refugee Shelter Museum, adjacent to Fort Ontario. He has given many presentations on the World War II Fort Ontario Refugees, the focus of the Museum’s exhibits, and whose harrowing story is featured in the Ken Burns, “The U.S. and the Holocaust.”

• David Lombardo – Host of “The Capitol Pressroom” and “CONNECT NY” 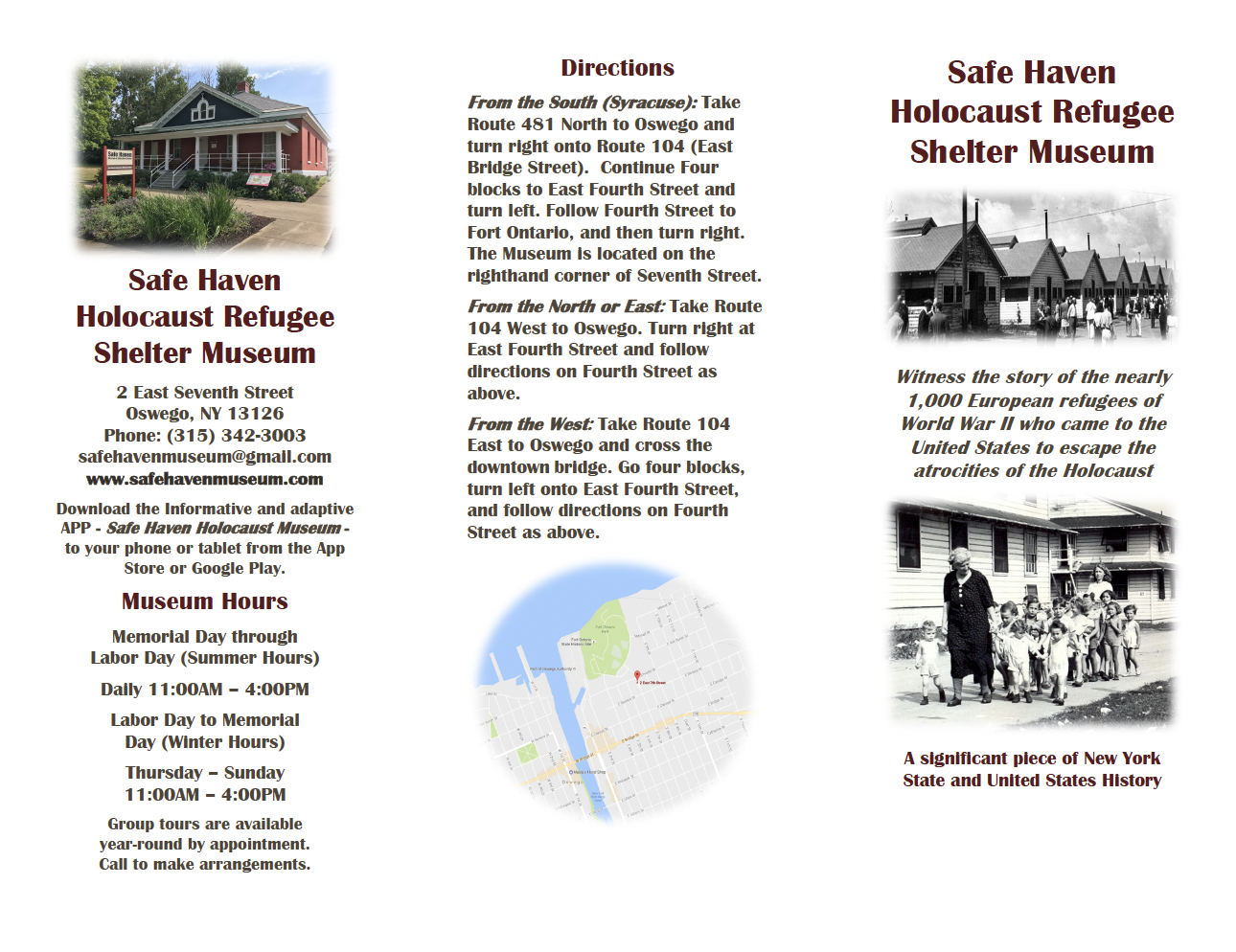