How a wild idea became the Adirondack Park Agency 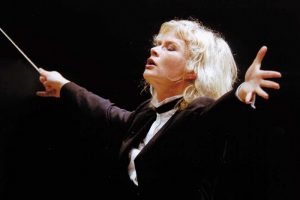 “Frequently women tell me that they feel empowered and can relate very directly with a woman conducting.” – Marin Alsop

This week, an encore program for you.

More and more women are taking up the baton and stepping onto the podium to lead orchestras around the world.  Season 3 of Feminine Fusion opens with just some of these talented conductors showing their skills.