Move to Include is a national initiative that uses the power of public media to promote inclusion. It spotlights people of differing abilities and issues of importance to those with disabilities. These include  education, healthcare, housing, recreation, and employment. The initiative works to inspire and motivate people to embrace people of all different abilities in all aspects of community life.

WCNY, through its participation in Move to Include, is utilizing its television, radio, and digital platforms, along with special events, to build awareness, to educate, and promote inclusion in our communities. Through this initiative WCNY, along with its community partners, hope to inspire and motivate people to embrace different abilities and include all people in every aspect of community life. The focus period for the initiative was July through September, 2020, but WCNY began its Move to Include programming in late December, 2019 with an art exhibit, open to the public, in its hallways featuring the works of many talented artists with disabilities.

WCNY’s July Move to Include Mondays featured WCNY-produced and national programming around disability issues as well as showcasing the stories of individuals with disabilities and organizations committed to empowering them to live as independently as possible.  This July programming included PBS KIDS programs, a Monday afternoon film series, and primetime programming including an hour-long WCNY CONNECT NY focusing on the 30th anniversary of the signing of the Americans with Disabilities Act (ADA) and its impact today on New Yorkers.  WCNY Classic FM Radio hosts featured music composed or performed by individuals with disabilities; The Capitol Pressroom explored New York State disabilities policies with state legislators and disability advocates; and the WCNY production team crafted a Move to Include Cycle of Health special broadcast in September, and the moving My Fight for Inclusion: The Kayla McKeon documentary that aired in October.  In addition, WCNY produced Move to Include content for the national PBS Learning Media site

When the COVID-19 pandemic forced the cancellation of the annual Central New York ADA Celebration, WCNY brought the event inside to its studios and then aired it on television.  In August, WCNY partnered with The Arc Wayne to offer Move to Include Free Scoops Mondays, offering free ice cream to those who visited the organization’s Erie Shore Landing Ice Cream retail business providing job opportunities to individuals with and without disabilities.

Move to Include was launched in 2014 as a partnership between WXXI Public Media in Rochester, NY and the Golisano Foundation, the nation’s largest private foundation devoted to supporting programs for people with intellectual disabilities. The Foundation has provided more than $1 million in funding to date for Move to Include. The Corporation for Public Broadcasting recognizes the importance of improving inclusion by raising up the voices of those with disabilities. For that reason they funded the expansion of Move to Include to five additional PBS stations in 2020 in a one-year pilot. 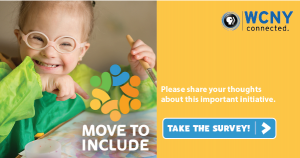 Erie Shore Landing Ice Cream located along the Erie Canal in Newark, hosted Free Scoop Mondays in August in celebration of WCNY’s Move to Include project, highlighting the experiences of individuals with disabilities and community inclusion! The first 30 people each Monday in August at the ice cream shop between 5 and 7 p.m. received a free scoop of ice cream! Kids also received free coloring books. Colorful curbside signage introduced patrons to Erie Shore Ice Cream as well as the café, learning kitchen, and print shop – all inclusive businesses of The Arc Wayne.

ADA 30th Anniversary for Our Times

Due to COVID-19, this year’s local celebration of the 30th Anniversary of the Americans with Disability Act (ADA) became a public TV event organized by disability community advocates. Emceed by Sally Johnston and Karin Franklin-King, the event featured guest speakers including Syracuse Mayor Ben Walsh, presentation of the inaugural Donna Reese Disability Advocacy Award, and a tribute to nationally recognized ASL interpreter Joanne Jackowski. The event, broadcast on WCNY-TV on July 26, 2020, the actual anniversary of the passage of the landmark ADA legislation, was part of WCNY’s Move to Include initiative. National funding for Move to Include is provided by the Corporation for Public Broadcasting.

WCNY was pleased to showcase the creative talents of local artists with disabilities through a partnership with ARISE, a non-profit Independent Living Center that provides disability services for people of all ages and abilities in Syracuse and Central New York. The goals of the exhibit and a companion UNIQUE magazine include displaying and publishing deserving artwork and literature in recognition of its intrinsic artistic and literary value; sharing the artistic visions and voices of individuals who have disabilities with the public, increasing awareness of the capabilities of persons with disabilities; initiating conversation around art and literature that inspires, educates, and enlightens; and sharing the experiences of persons who live with disabilities, and their joy with accomplishing freedom, success, and independence. 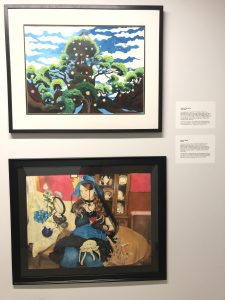 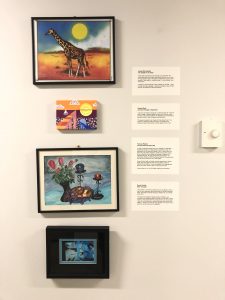 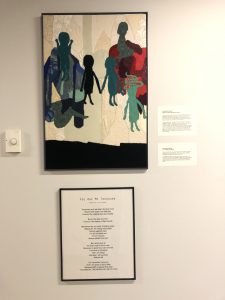 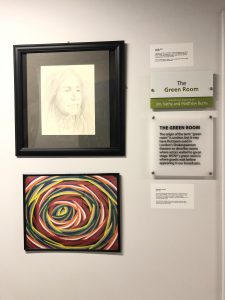 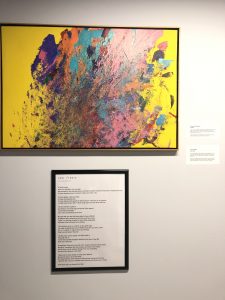 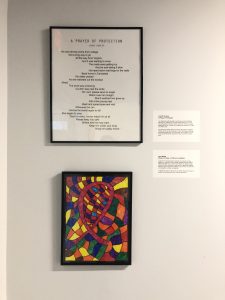 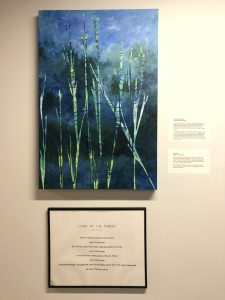 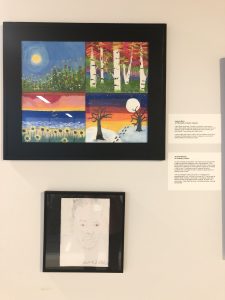 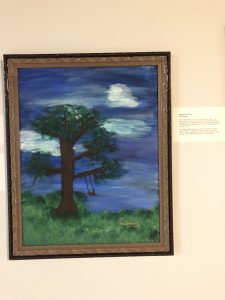 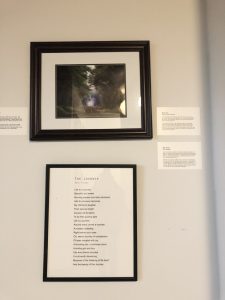 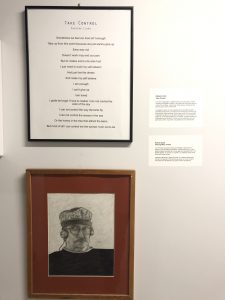 Move to Include Cycle of Health Special

Generation A: Portraits of Autism and the Arts

Chef Darren: The Challenge of Profound Deafness
Watch at 10 p.m. on WCNY-TV.

My Fight for Inclusion

This year marks the 30th anniversary of the passage of the Americans with Disabilities Act, a landmark piece of civil rights legislation that transformed the lives of millions of people. But 30 years later, people with disabilities still face barriers today. Kayla McKeon, who has Down syndrome, knows these barriers all too well. As the first registered lobbyist with Down syndrome, Kayla is changing laws and biases for millions with disabilities nationwide.

CYCLE OF HEALTH: Move to Include Special

On this Move to Include special episode of WCNY’s Cycle of Health series, meet people and organizations creating inclusion for people with disabilities or different abilities.

This episode of the statewide CONNECT NY program looks at the impact of the American’s with Disability Act in New York State 30 years after its passage. Issues explored include the fact that nearly 70% of individuals with disabilities still cannot find employment; how to break the stigmas attached to the word “disabled”; and what needs to happen to meet the needs of New Yorkers with disabilities today.

Hermin Garic–After sustaining a spinal cord injury at the age of five, Hermin Garic and his family moved to Utica to get away from the Bosnian War. Wheelchair-bound, Hermin since has become one of the top wheelchair racers in the country, and he devotes his life to educating the public on sports inclusion for the disabled.

Bryony Grealish–Being born with only one digit on each hand hasn’t slowed down Bryony Grealish. Bryony is inspiring cooks of all abilities and changing the narrative on how we view disability in the kitchen.

WCNY is grateful for the expertise, suggestions, and feedback of organizations that advocate and provide services to people with disabilities for their participation in WCNY’s Move to Include initiative. They also introduced us to individuals with disabilities to hear their voices directly and benefit from their firsthand knowledge and experiences.  In appreciation, we recognize the following:

The Arc of Madison Cortland