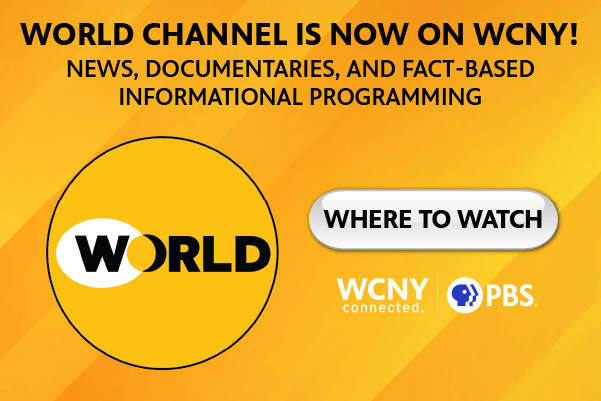 An early bird ticket discount of 20 percent off is available for WCNY Members on the Dinner and VIP Tickets through July 22. For more information, visit wcny.org/tasteoffame.

“WCNY is thrilled to bring the culinary talents of Chef Vivian Howard to Central New York for this year’s Taste of Fame,” said Robert J. Daino, WCNY President & CEO. “It’s especially exciting to feature a Chef whose PBS television show just won a Daytime Emmy® for Outstanding Culinary Program! Our guests this year are in for a real treat as Vivian takes us on a journey with great food and stories.”

All About Vivian Howard

Born in Deep Run, NC to tobacco and hog farming parents, Vivian Howard learned early on to appreciate the ebb and flow of eating with the seasons. Still, it took 23 years and a start in the advertising business to convince her a career in food was feasible. After college, Vivian moved to New York for work, but found the city’s food and restaurant scene far more intriguing. A server position at Greenwich Village’s Voyage made it possible for her to begin training under the restaurant’s chef Scott Barton. She went on to learn from creative cutting-edge chefs Wylie Dufresne and Sam Mason at WD 50 and later, joined the opening team at Jean Georges Vongerichten’s critically acclaimed Spice Market.

In 2005, Vivian, and her now husband, Ben Knight decided to return to Vivian’s roots to open a “farm to fork” restaurant in the small town of Kinston, NC. They opened Chef & the Farmer in the summer of 2006 serving local, seasonal, creative cuisine. Vivian and her restaurant have won numerous accolades, including her selection as a five-time James Beard Foundation Award semi finalist for Best Chef: Southeast . She also owns and operates a second restaurant right across the street from Chef & the Farmer – The Boiler Room.

In October 2016, Vivian released her first ever cookbook – Deep Run Roots: Stories and Recipes from My Corner of the South – published by Little, Brown & Co. The cookbook is Vivian’s comprehensive record of modern Southern cooking, filled with stories and more than 200 recipes that celebrate the flavors of her eastern North Carolina home. The cookbook was nominated for a James Beard Award for the American Cooking category and was named ‘Cookbook of the Year’ by the International Association of Culinary Professionals. Recently, Deep Run Roots was selected as the winner of the 2017 Southern Book Prize for the Nonfiction – Cooking category.

Vivian expanded her brand with two new establishments. In fall 2017, she opened her first restaurant outside of Kinston, Benny’s Big Time Pizzeria in Wilmington, NC. In early 2018, she opened Handy & Hot, a bakery in Kinston located on the same block as her existing two restaurants.

Enjoy everything Taste of Fame with this exclusive ticket featuring transportation, a VIP Studio Soirée champagne meet-and-greet with Vivian and Richard, In-Studio TV Recording with Vivian and Richard, cocktails, silent auction, a guided four-course culinary dinner journey with recipes crafted by Vivian, preferred seating, the best in Finger Lakes wine, a professional photo with Vivian, and a Foodie Swag Bag. Plus, a Meet and Greet lunch, and a personally signed copy of Vivian’s cookbook.

It’s all about food with the Taste of Fame Dinner Ticket. Guests will enjoy cocktails, silent auction, and a guided four-course culinary dinner journey with recipes crafted by Vivian. The best in Finger Lakes wine accompanies each course.

Enjoy cocktails, the silent auction, and reserved seating for 10 at the dinner.

Includes preferred seating for 10 at the dinner and VIP Ticket benefits.