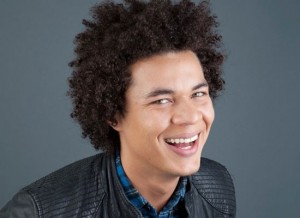 Ismael Cruz Córdova, “Armando”, will be the newest bilingual character on Sesame Street.

With the addition of Sesame Street’s latest Latino character, at least one local organization sees the classic PBS show embracing its roots by highlighting diversity.

“It’s phenomenal that Sesame Street chose a character that represents the Latino community, and it’s even better that he plays a writer in the show,” said Rita Paniagua, executive director for The Spanish Action League. “Armando will be a role model, especially for the Latino population to encourage reading and writing.”

The addition of “Armando”, known on the show as simply “Mando,” represents Sesame Street’s long-standing history of modeling a diverse community, while bringing awareness and education to the realities of the changing American population, according to Sesame Workshop, which produces the show.

According to the U.S. Census Bureau, the Hispanic population will more than double, from 53.3 million in 2012 to 128.8 million in 2060. By the end of that period, nearly one in three U.S. residents would be Hispanic, up from about one in six today. Those changing demographics already have been felt in everything from popular foods to presidential elections.

Nielsen reports that Hispanics are the largest immigrant group to exhibit significant culture sustainability and are not disappearing into the American melting pot.

With this increase in the Latino population, Sesame Workshop says that Sesame Street has dedicated and positioned itself to provide a special focus on Hispanic heritage with new songs and lessons, which it has done since its inception.

The U.S. Department of Health and Human Services found more than one in five youth between the ages of 10 and 19 in the United States is Hispanic. By 2020, that figure will rise to approximately one in four and by 2040, nearly one in three adolescents will be Hispanic.

With an increasing U.S. Latino population, the show will attract more viewers and it will provide early second language skills that will help all viewers succeed in school, Americans and Latinos alike, Paniagua said.