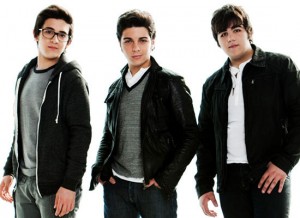 Co-host Joey Nigro interviewed a Syracuse celebrity on Ciao!, the WCNY-FM radio show about Italian American traditions and music, getting to learn something about the man from Solvay who’s produced a popular PBS program about the unlikely Italian pop vocal trio, Il Volo.

Richard Jay-Alexander produced Il Volo’s “We Are Love” concert in Miami Beach, Fla., a program that aired on WCNY in June.

Born to Frank and Dulce Fernandez of Solvay, Jay-Alexander started his stage career on Broadway as a dancer, singer and actor. He ultimately became executive producer for “Miss Saigon” and “Les Miserables” and worked with stars like Bernadette Peters, Bette Midler and Kristin Chenoweth before ultimately taking on Il Volo.

The group includes three tenors from Italy: Piero Barone, 19; Ignazio Boschetto, 18; and Gianluca Ginoble, 17. They started their career as choirboys in Southern Italy and first gained national attention when they appeared on American Idol in 2011.

In just three short years, the teens have signed a worldwide recording contract with Universal Music Group and become the first Italian artists to sign with a major U.S. label. In 2012, their program, “Il Volo Takes Flight: Live from the Detroit Opera House,” aired more than 1,500 times on PBS stations across the country. 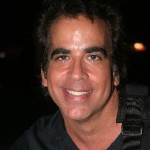 Jay-Alexander met Il Volo when he was on tour with Barbara Streisand in 2012. The teens were guests on the tour and approached Jay-Alexander.

“It was sort of a suicide assignment,” Jay-Alexander joked. “The idea was that Tuesday night we would film a regular concert and on Wednesday night we’d have a Christmas show.”

The Il Volo tenors sold out all their concerts in South Florida and Jay-Alexander said they had a lot of laughs during the production. The shows were well received by the live audiences, which ranged from young kids to great-grandmothers. The three tenors’ talent is at the root of their success, he said.

“They were fresh and unbridled without trickery,” he said.

Ciao! airs Sundays at 3 p.m. on WCNY-FM. For more information about the show, visit the Ciao! page on this website.