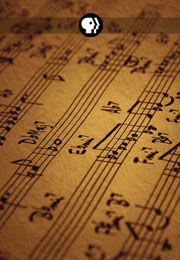 Listen all day every day to locally programmed classical music on Classic FM. Start your day with Bruce Paulsen from 6 to 10 a.m., followed by Diane Jones from 10 a.m. to 2 p.m. Marie Lamb will take you through your weekday afternoons until 6 p.m.

1:00 The Met begins its 88th season of Saturday radio broadcasts with BOITO: Mefistofele with Christian Van Horn, Michael Fabiano, Angela Meade, and Jennifer Check. Joseph Colaneri conducts. After the Met, at approximately 4:40, Marie Lamb brings you our annual “Chanukah with Great Jewish Opera and Concert Stars.” (Note: if there isn’t enough time after the opera for it, Marie will do more of the Chanukah programming after “La Fanciulla del West” on 12/8.)

Join the superstar violinist as he tells the story of the Jewish Festival of Lights, and shares his favorite recordings for the holiday – some serious, some silly. This special includes numbers from Itzhak Perlman’s radio-addicted childhood in Israel; evocative songs in Yiddish and Ladino; classical music that revolves around the Maccabee heroes of the story; and Chanukah gems by American folk singers. The master storyteller also regales you with jokes and memories, plus tales of three classic Chanukah symbols: the menorah, the latke, and, of course, the dreidel. A good time for the whole family!

Three Eras of Christmas: A medieval service for St. Nicholas, Renaissance works from the new ORA recoding, and Apollo’s Fire with “Christmas on Sugarloaf Mountain.”

8:00 PM The New York Philharmonic This Week with Alec Baldwin

A Cavalier Christmas: The Ebor Singers return with their first release (after the popular “Music for Troubled Times”) with Christmas Music from the time of the English Civil War.

The Nativity of the Lord . . . picturesque evocations of the first Christmas, including the extraordinary music of Olivier Messiaen.

8:00 PM The New York Philharmonic This Week with Alec Baldwin

11 AM Concierto with Frank Domínguez

After the Met broadcast of “La Fanciulla del West”, Marie Lamb brings you our annual “Christmas with Great Opera Stars.”

Programming to be announced.

Leo Rayhill and Diane Jones celebrate with Frank Sinatra, plus his family and friends, featuring songs for the season!

Joey, Jim, and Super-Producer John share Italian and Italian-American music and traditions for the holiday season, along with other surprises for the holidays! Buon Natale a tutti!

“Music for the Winter Holidays.” Music by women for the winter holiday season.

3:00 The Sounds of Jazz with Leo Rayhill

Leo Rayhill and Diane Jones present their annual program of festive jazz with best wishes for the holidays!

An Early Baroque Christmas: Cantatas from one of Bach’s predecessors at Leipzig, early 17th century Spanish villancicos, and seasonal music from the Danish Pietist movement.

Christmas All Around . . . a multi-national celebration of the Nativity Festival with music old and new.

10:00A Festival of Nine Lessons and Carols (Holiday programming from APM)

An annual and beloved Christmas tradition, “A Festival of Nine Lessons and Carols” is an extraordinary and memorable live service of word and music from the Chapel of King’s College, Cambridge, England. Audiences will share in a live, world-wide Christmas Eve broadcast of a service of Biblical readings, carols, and related seasonal music (anthems a cappella and with organ accompaniment, and congregational hymns), presented by one of the world’s foremost choirs of men and boys and performed in an acoustically and architecturally renowned venue. This year’s broadcast will be the last service for Stephen Cleobury, King’s College Chapel Music Director, who has conducted the chapel choir since 1982. Cleobury will retire from his King’s College post at the end of the 2019 school term.

6:08 Holiday Requests from Our Listeners (local)

BY REQUEST: Adam Fine plays holiday favorites that have been requested by CLASSIC FM listeners!  Send Adam your requests at adam.fine@wcny.org; call (315) 453-2424 and leave Adam a voice mail; or submit your request on the web at http://www.wcny.org/fmrequests/. Please give Adam your requests by Friday, December 21st at 5 PM.

“Bach Christmas Oratorio” For Christmas week, Bill explains the essence, resonance, and imagery in each of Bach’s six cantatas comprising the Christmas Oratorio — written for the days of the Lutheran church year — celebrating Christmas to Epiphany with intimate arias and spirited choruses. The Oratorio was first performed in the St. Thomas and St. Nicholas churches in Leipzig, Germany (where he was the “Thomaskantor,” or cantor at St. Thomas) in December 1734. The cantatas are performed by the Monteverdi Choir & English Baroque Soloists; Amsterdam Baroque Orchestra & Choir; Venice Baroque Orchestra; and Staatskapelle Dresden, respectively.

6AM Christmas Favorites with Diane Jones

Diane Jones is your host for Tchaikovsky’s complete Nutcracker ballet.

Winter holidays are celebrated around the world, and their music is wonderful to hear, regardless of which tradition you observe. Bill’s spirited selection starts in the 12th century with “Nova Stella”, medieval Italian Christmas music from Saint Francis of Assisi’s staging of the nativity; jazz pianist Dave Brubeck’s classical composition La Fiesta de la Posada, evoking a Mexican Christmas celebration; and Vaughan Williams’ “Fantasia on Christmas Carols”. We will enjoy this time of year in Paris with music from Debussy, and then travel to Polynesia for a traditional hymn, “Anau Oia Ea”. And then ending with an excerpt from Gian Carlo Menotti’s “Amahl and the Night Visitors” from the original television production. Turn on your radio, pour a cup of tea, cozy up to a warm fire, and enjoy the music!

For Christmas, the legendary group Anonymous 4 sings medieval music from England, France and Spain that praises the Virgin Mary. The devotional songs come from the Codex Las Huelgas, Montpellier Codex, and Cantigas de Santa Maria. Anglo-American ballads such as “The Cherry Tree Carol” and “A Virgin Unspotted” add a homespun seasonal touch.

In “La Nochebuena”, the Rose Ensemble explores the great variety of music that filled the royal court of Ferdinand and Isabella, and flooded the chapels and streets of Renaissance Spain. Serene choral music from 16th-century masters is balanced with spirited cantigas for solo voice and harp, Spanish-language villancicos from court and countryside, and lively dances for vihuela, harp and percussion. The Rose Ensemble will transport you to a time and place when the sacred met the earthy in celebration of the season.

The Choir of the Cathedral of St. John the Divine performs at the Medieval Sculpture Hall at the Metropolitan Museum of Art with a program that spans hundreds of years and describes the story of the Nativity. The program includes settings of the “O Magnum Mysterium” text by T. L. da Victoria, Morten Lauridsen, and Francis Poulenc; works by Byrd, Biebl, and Hassler; as well as music by Eric Whitacre, Francis Poulenc, William Byrd and Morten Lauridsen. Kent Tritle, conductor; Nimet Habachy, host.

This special program celebrates the announcement by the Milwaukee Symphony Orchestra of its new music director, Ken-David Masur. We’ll hear an interview with Masur, and we’ll go behind the scenes of this exciting search that has culminated in this week’s announcement.  Plus, we’ll hear the 2018-19 season opening performance of Brahms’ Symphony No. 2 with Ken-David Masur at the podium. CONDUCTOR: Ken-David Masur SOLOIST: Todd Levy, clarinet; Robert Levine, viola; Milwaukee Symphony Chorus, Cheryl Frazes Hill, chorus director. COPLAND: Concerto for Clarinet and String Orchestra,  with Harp and Piano VAUGHAN WILLIAMS: Flos campi (“Flower of the Field”) RAVEL: Suite No. 2 from “Daphnis et Chloé” BRAHMS: Symphony No. 2 in D (From the opening concert of the 2018-19 season)

“Look Back/Look Forward” A review of the year for women’s music, and a look at what’s in store for 2019.

Farewell to 2018:  Our annual collection of musical thoughts and reflections on the year passed (and the one to come).

An Organist’s Yearbook…our traditional summing-up of some of the year’s happenings in the world of the King of Instruments.

Bill closes the year with a look at some of the bluegrass and old-time country releases that came out in 2018. Included: Terry Baucomb’s Dukes of Drive, C.J Lewandowski (mandolin); Al Jones, Bill Baker & Dee Gunter, and “Epilogue: A Tribute to John Duffey.”

The Vienna Philharmonic presents its ever-popular annual New Year’s Day concert from the Golden Hall of the Musikverein in Vienna. Listen with people in over 90 countries to your favorite waltzes, polkas and more… a festive way to start off the New Year. Riccardo Muti will conduct.

Support for Classic FM comes from