Classic FM hosts and special guests will take to the air starting April 5 for WCNY’s annual spring membership campaign. The campaign encourages listeners to become members, and raises money to support WCNY programming, including locally programmed classical music, specialty shows like “Ciao!” and the “Bluegrass Ramble.” WCNY-FM airs on 91.3 in Syracuse, 89.5 in Utica and on 90.9 in Watertown. The music also is available for streaming at www.wcny.org. To become a member or to renew your membership, please call (315) 453-2424 or visit our Membership page.

The community is invited to join WCNY at Canastota’s Great Swamp Conservancy April 13 for a special “Curious George” spring event. The event features a special sneak-peek preview of the new TV special “Curious George Swings into Spring”. Children will also have the opportunity to plant flower seeds before going on a “swamp tromp” armed with a camera to capture pictures of swamp critters! The event is free and open to children of all ages. Two sessions are available at 11 a.m. and 1 p.m. Reservations are encouraged but not required. For more information and to pre-register visit www.wcny.org/events.

Deana Martin to appear on WCNY’s ‘Ciao!’ April 7, talks about life with her famous father

The hosts of “Ciao!”, WCNY’s radio show featuring Italian American traditions and music, will interview entertainer Deana Martin, daughter of legendary crooner Dean Martin and singer in her own right. Co-hosts Joey Nigro-Nilsen and Jim Battaglia will talk with Martin about her father, and how he inspired her to develop her passion for musical entertainment. “Ciao!”airs 3 p.m. Sundays on WCNY-FM; in Syracuse on 91.3, Utica on 89.5 and 90.9 in Watertown. For more information about “Ciao!”, visit www.wcny.org/ciao.

WCNY, Central New York’s public broadcasting company, and its sister company Joint Master Control Operating Co. Inc. (JMCO), are looking for talented and creative job candidates to attend a job fair from 5:30 to 7 p.m. April 17 at WCNY’s new state-of-the-art Broadcast and Education Center, located at 415 W. Fayette St., in Syracuse. Job candidates should bring resumes and come prepared for a brief screening interview. “WCNY and JMCO are exciting and dynamic places to work, and we have a need for talented people to fill several critical roles,” said Robert J. Daino, president and CEO of WCNY and

WCNY, Central New York’s public broadcasting company, won an Emmy Sunday for best public affairs program for its weekly show “Insight.” WCNY received four other Emmy nominations for its environmental, news, instructional and cultural programming. WCNY is the only media organization in Central New York to win an Emmy. “Insight” is co-hosted by Susan Arbetter, WCNY’s director of news and public affairs and host of “The Capitol Pressroom,” and veteran journalist Jim Aroune, WCNY’s vice president for television and radio. The show is produced by Amy Manley, a WCNY producer/director, who was in New York City Sunday to accept the 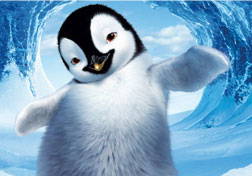 WCNY will air its annual college and career planning show at 8 p.m. May 16 with host Jim Burns and a team of panelists. The show will feature strategies, tactics and the latest information to help students transition from high school to college, and into a rewarding career. The show airs on WCNY (24.1) and re-airs Fridays at 1 p.m., and Friday and Sunday at 11 a.m. and 7 p.m. on How-To Time Warner Digital Cable channel 854. The panelists joining Burns include Paul Celuch, founder and president of College Assistance Plus, Leslie Rose McDonald, president of Pathfinders CTS and

WCNY’s TelAuc, the great television auction might be over, but there is still time to purchase the remaining inventory at SelAuc, the great post-auction sale. Stop by Saturday, May 18 from 10 a.m. to 3 p.m. at 506 Old Liverpool Rd. Items will be pre-priced for sale including jewelry, vacation getaways, clocks, restaurant gift certificates and much more. Please use the back entrance to enter the sale. For more information, contact WCNY at (315) 453-2424.