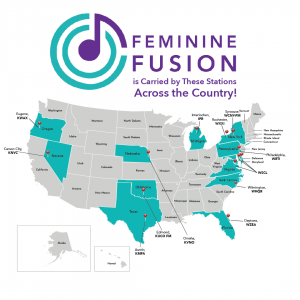 “Feminine Fusion” is a weekly radio program that highlights the influence of women in classical music. These are the women throughout history and into the present day who create, perform, and inspire. Composer/announcer Diane Jones of WCNY-FM in Syracuse, NY is your host, and every week showcases some of these remarkable women.

Women are the central, unifying focus of this series. It is important to note, however, that their influence is broad-ranging, crossing the boundaries of culture, race, and gender. Who can know what might have happened to the likes of Aaron Copland, Donald Byrd, or Quincy Jones had they not studied with Nadia Boulanger?

“Had you asked me 10 years ago if I would have introduced a program focused on women in music, I would have said ‘no.’ Growing up in a houseful of brothers, I was always treated as their equal,” says Jones. “But there is still gender bias in the music world. I am anxious for the time when we no longer separate composers from women composers, or conductors from women conductors.”

Some of the individuals highlighted in this program entered the world of the arts knowing they faced opposition, and gathered their strength to face it head on. Others simply took to their chosen path, often unaware of the impact their actions would have. In every case, however, they have touched hearts and souls with their art. 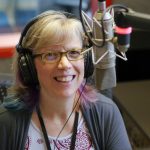 Diane Jones is the host of Feminine Fusion, aired every week on WCNY-FM. An active composer, she has received commissions from nationally and internationally-recognized musicians and ensembles, as well as completing 5 residencies in Syracuse area schools, introducing young musicians to composition. Diane performs regularly with Samba Laranja and the Central New York Flute Choir, and her music has been featured on two SAMMY-award winning CDs. Follow Diane on Twitter (@ComposerJones) and Facebook (here or here) for more about her programming and her music.