“Erie: The Canal That Made America” is a one-hour documentary, marking the bicentennial of the start of construction of the Erie Canal when surveyors and excavators began linking a young United States’ east to its western frontier. It depicts how a young nation broke through with its first national public works project – America’s greatest – by succeeding in constructing a supposedly impossible-to-build, 363 mile man-made waterway to America’s heartland. Once the waters of the Great Lakes were wed with the Atlantic Ocean, the canal helped create what America now knows as the Empire State and propelled New York City into the role of America’s leading port and economic hub.

Muir is an Emmy-award winning journalist who serves as anchor and managing editor of ABC World News Tonight with David Muir and co-anchor of ABC’s 20/20. For more than a decade, Muir has reported from international hotspots including Tehran, Tahrir Square, Mogadishu, Gaza, and Fukushima. Most recently, Muir landed the first interview with President Donald Trump after his inauguration. Muir secured the exclusive sit-down with Pope Francis inside the Vatican. Muir’s Emmy-nominated series Made In America is a hallmark of the broadcast. A magna cum laude graduate of Ithaca College, Muir spent five years as an anchor and reporter at WTVH-TV in his hometown of Syracuse, NY before joining WCVB-TV in Boston, and then ABC News. 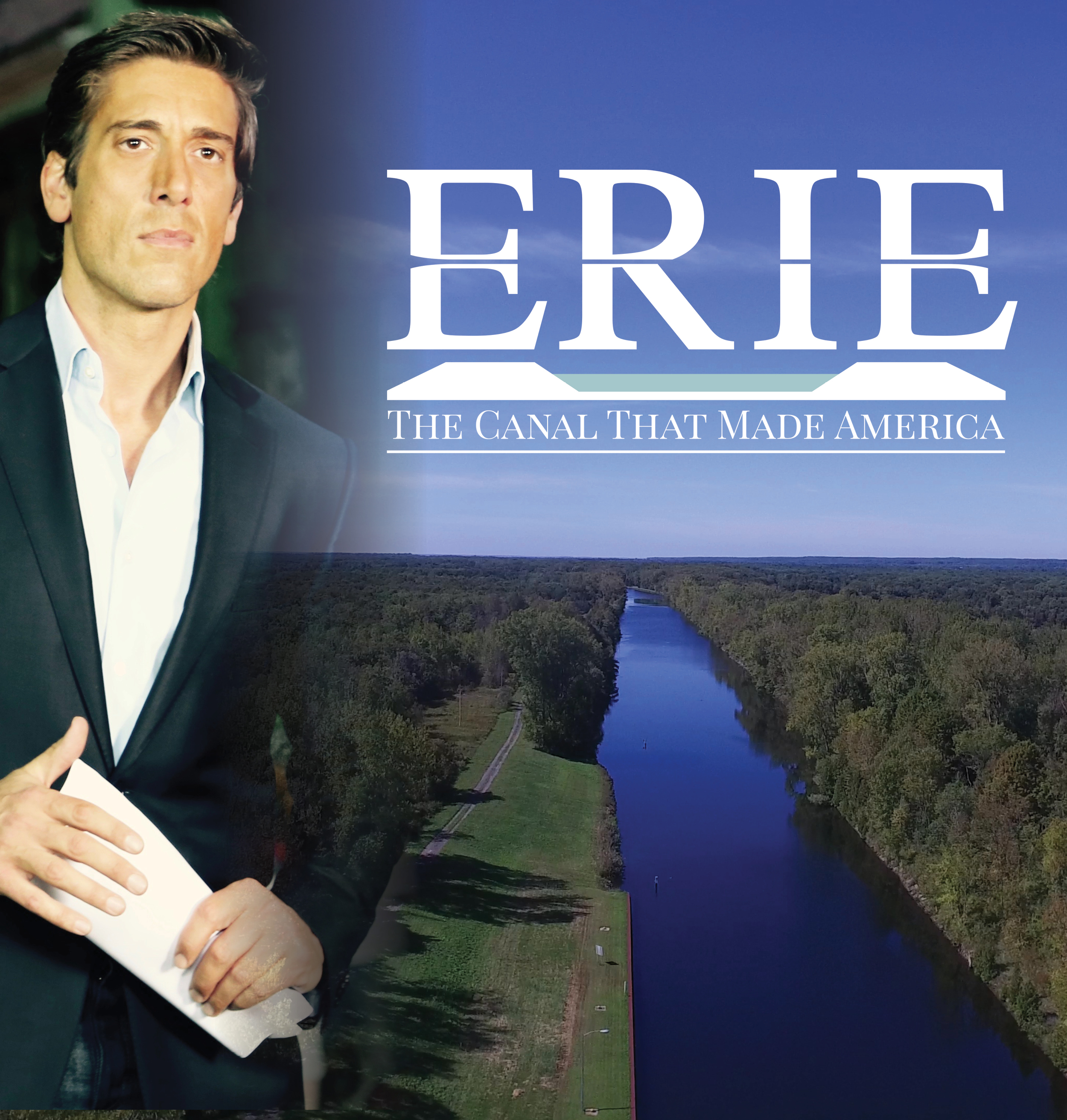