“I will never accept defeat.  I will continue to play music. I do not feel safe, but when people see me and say, ‘That is Negin Khpalwak’, that gives me energy.”  – Negin Khpalwak     Zenaida Romeu founded Camerata Romeu 23 years ago, with the desire to show the parity between men and women in her native Cuba.  She believes that women and men approach music differently.  With women, she says, “it’s more angelic, more comfortable.”  The ensemble hasn’t visited the United States in more than 15 years, but their hope is to return again soon. Halfway across

In accordance with open meetings law, WCNY provides reasonable notice to the public of its board meetings. The next WCNY Board Meeting will take place on Tuesday, November 22th , 2016 at 8 a.m. at the WCNY Broadcast and Education Center located at 415 W. Fayette St., Syracuse, N.Y. Interested parties wishing to attend should contact the Public Broadcasting Council of Central New York before 4 p.m. Monday, November 21, by calling (315) 453-2424. A December meeting will not be held due to the holidays. 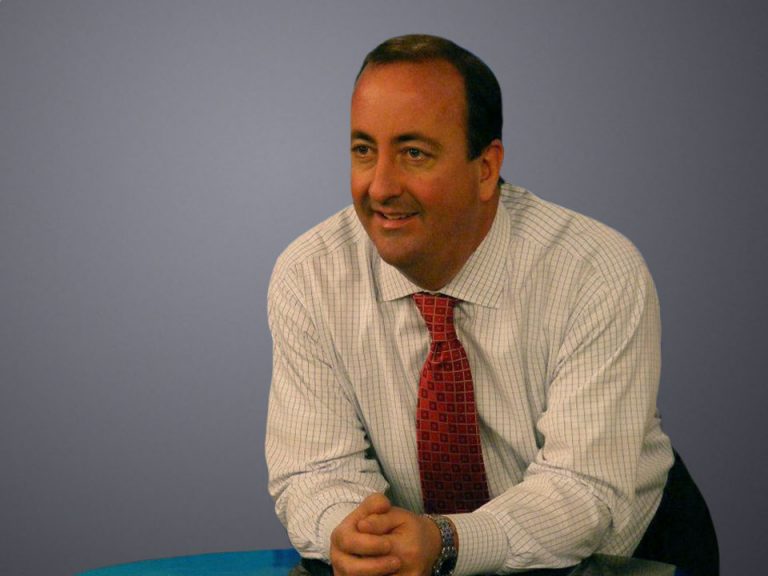 Chris Geiger will join WCNY Public Media in a newly created role of Executive Vice President and Chief Operating Officer on November 1, 2016. In this position, Geiger will work with President and CEO Robert Daino on a broad-based expansion of the company, developing new revenue-generating enterprises, expanding program production to the national level, and working toward creating a new, more entrepreneurial model for non-profit public broadcasting. Geiger was formerly the President and CEO of CNY Central WSTM TV. He returns to Syracuse after working as an Executive Consultant to Videa, a division of Cox Media Group in Atlanta GA,

SELECTING WINE FOR THE HOLIDAYS

SELECTING WINE FOR THE HOLIDAYS BY HENRY STARK   Many of us wrestle with a conundrum at holiday time: if I’m the host, what wine should I serve with dinner, and if I’m a guest, what wine should I bring the host? Here are some suggestions to help you resolve these questions. Let’s start with the easiest. If it’s a special occasion, like celebrating the arrival of the New Year, a sparkling wine is always appropriate. French Champagne is certainly the most authentic and traditional, but not necessarily the cheapest. (To legally label a wine as “Champagne” it must come

On the next edition of SciTech Now: We visit a central NY family farm that is using 21ST century technology to modernize a century old business. The HOURIGAN DAIRY FARM in ELBRIDGE uses tracking devices to see how their cows are feeling. Watch SciTech Now on Thursday at 8:30 p.m. on WCNY

This Week on Cycle of Health, November 03

Next on Cycle of Health: Armed with high-tech prosthetic limbs, meet a man taking hold of life’s simple pleasures – hunting, hard work, kindness and love. See why icing your injury may not be the solution – we’ll explain. Try the ancient art of Tai Chi. And, step in to one young woman’s shoes – as she manages her back pain with stretches, not surgery. Watch Cycle of Health on Thursday at 8 p.m. on WCNY 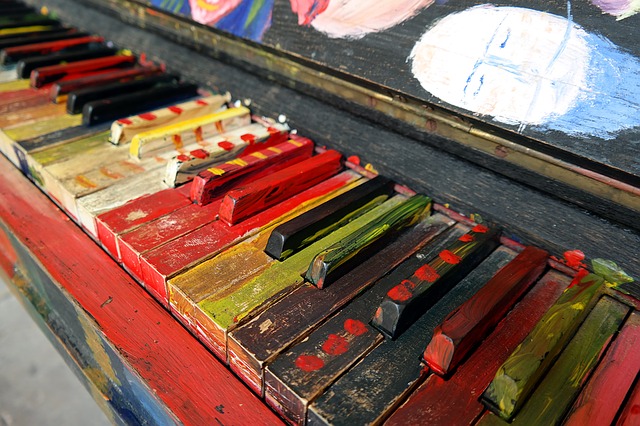 “Much like a patchwork quilt, inspiration that stirs and motivates me is made of many things.”  – Robert Reynolds   The quilter’s stash is never-ending.  Snips and pieces leftover from other projects, swatches they bought or traded because they simply had to have it.  Often these bits and scraps make their way into a patchwork quilt. On this episode of Feminine Fusion, you’ll hear a patchwork quilt of music. These are some works that didn’t quite fit into recent programs, but are worthy of sharing all the same.  Host Diane Jones is your guide.     “Patchwork Quilt I” Emma Lou Diemer: Peace Georgia Women’s

GROWING GRAPES IN NEW YORK Henry Stark     Does it seem a bit far fetched to compare the geography of France and New York State in a column about grape growing and wine making? Well, having lived in both places it seems perfectly natural to me. Even though France is almost four times larger than New York (213,000 to 55,000 square miles), both have multiple, and varied, grape growing regions. Going from north to south in France there’s the Champagne Region and the Loire River Valley, and in eastern France, running north to south, is Burgundy. On the

On the next edition of SciTech Now: The cloud of bacteria that surrounds each of us… The truth about the great pacific garbage patch… Teachers pushing video games in the classroom… And immersing students in S.T.E.M. Watch SciTech Now on Thursday at 8:30 p.m. on WCNY

This Week on Cycle of Health, October 27

Next on Cycle of Health: Family, friends & financial aid help one single mom fight breast cancer – Now, she pays it forward to others in need. Modern technology highlights the hot spots for endometrial cancer. Meet a cake-baking woman who’s sweet on her health after surgery. See how a former couch potato runs his way to better health, better eating and a better life. Watch Cycle of Health on Thursday at 8 p.m. on WCNY

Senate Democratic Leader Andrea Stewart-Cousins (D – Yonkers) spoke with Susan about certain Senate Republican candidates’ continued support of Donald Trump. How can New York State improve safety for bicyclists and pedestrians and increase bike tourism? Paul Winkeller, executive director of the New York Bicycling Coalition, explained. To the shock of workers and the communications union, Verizon announced last week that it plans to close two call centers in New York State this January. The Capitol Pressroom has reached out to Verizon. Today, the show featured Christopher Shelton, President of the Communications Workers of America, to discuss the announced closures. 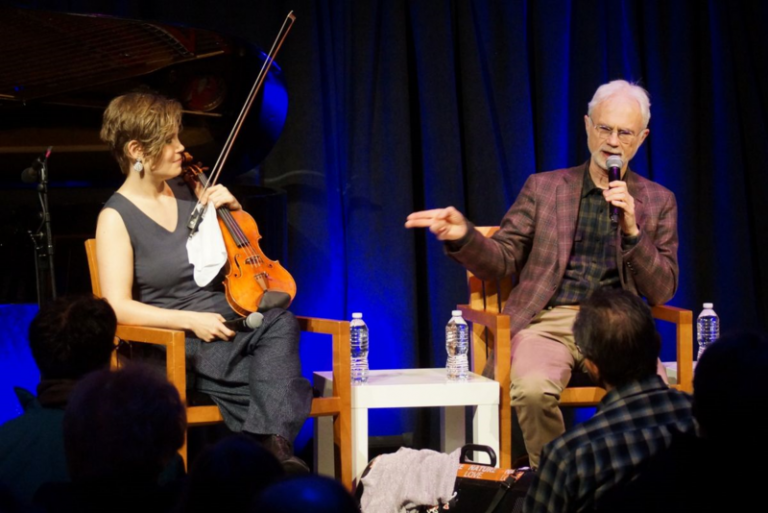 “[Scheherazade] possessed courage, wit, and penetration.  She had read much, and had so admirable a memory, that she never forgot anything she had read.  She had successfully applied herself to philosophy, medicine, history, and the liberal arts; and her poetry excelled the compositions of the best writers of her time.”  – The Arabian Nights: The Frame Story   Composer John Adams thought he knew the story of the “Arabian Nights.”  But his view changed dramatically in 2013, when he visited an exhibition in Paris about the history of this work.  He began to consider the question, “What would a Scheherazade

On the next edition of SciTech Now: Using modern tools to rediscover the revolutionary war… The security threat you haven’t thought about… Video games aren’t for losers living in their parents basement anymore… And the upstate school that pays entrepreneurs to attend. Watch SciTech Now on Thursday at 8:30 p.m. on WCNY

This Week on Cycle of Health, October 20

Next on Cycle of Health: Meet a Mom whose bundle of joy triggered her severe depression. Now she’s speaking out to help others see there’s hope and happiness ahead. Discover the difference between baby blues and postpartum depression. Learn how one mother, prone to having preemies, kept her newest child to full term. And we hit the yoga studio with these moms and their babies. Watch Cycle of Health on Thursday at 8 p.m. on WCNY

This Week on Insight, October 14

On the next Insight: A place for an American symbol. A new bald eagle statue will soon stand proudly at the Montezuma national wildlife refuge in Seneca county.  Expansion will preserve a home for the eagle and wildlife native to our region. We tour Montezuma on the next on insight. Watch Friday at 9 p.m. on WCNY